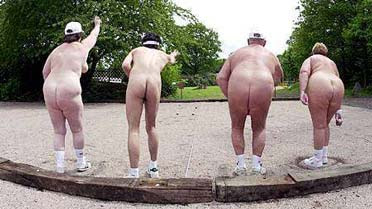 As there are hundreds of visitors to this website every single month and yet very few comments ever left, I thought we'd have a Caption Competition where you can enter your caption by clicking the comment pencil beneath.

The winner will be adjudged by myself and announced at next weeks Registration Night at Huntingfield Village Hall on Friday 11th February. Mystery prize for the best caption. 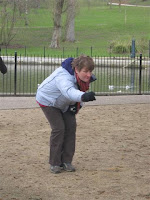 Sunday 30th January saw the entire membership of the newly formed Christchurch Park Boules Club turn up for a 3 hour stint at ''The Triangle'' piste located within the park, as part of their pre-season practice.

Also in attendance was a couple of ladies representing a possible further location that are planning to enter the league before the registration deadline date (but we aren't revealing their identity yet, as we like keeping a few surprises up our sleeves!!).

The weather was better than we had expected and everybody got to know one another much better as players swapped round partners and played on the variety of challenging undulations that the Christchurch piste offers.
Posted by Simon68 at 11:27 No comments: 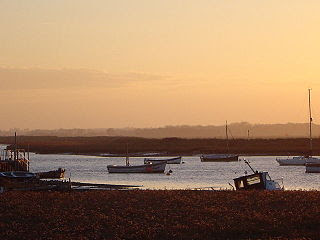 We try to reflect the Divisional names as being representative of the areas in which the competing teams play. However as the League continues its expansion the Divisional names need reviewing. There is such an increase of teams around the Woodbridge area that the Deben Division needs to be used for this area and is more appropriate than it being currently used for the Aldeburgh/Snape/Thorpeness/Aldringham grouping.

Therefore a new ''Alde Division'' will be created, with the Deben name used for nearer the Woodbridge area. This means that one of the previously proposed names for 2011 will be dropped. As there are a greater number of new teams in the Ipswich area, the Wolsey name will be used, with the Contable proposal being dropped.
Posted by Simon68 at 09:36 No comments:

2011 Sizing of Divisions and Priority Placement

Depending upon the final number of teams entered for the 2011 League programme by the time we reach our cut-off registration deadline date of Friday 11th February, we are likely to have a combination of 5-team and 6-team divisions.

With taking geographical location into account as well, it is only right that we try to give teams, who have previously been in 5-team divisions, the opportunity/priority to be placed into a 6-team division. Some teams in previous seasons have had the 5-team division scenario on them more often than others and therefore they will be given priority treatment when the drawing/allocating of the divisions in carried out.

In order of priority, these are the teams who have been in 5-team groups in the past;


Whilst the above will be taken heavily into consideration, it may be that teams nearer the end of the list may still be allocated a 5-team division, but we will do our best.
Posted by Simon68 at 01:12 No comments:

The ''Original 9'' Back Together

With the receipt of the Harbour Inn Southwolds registration, for the first time since our inaugral 2008 season, we have all 9 original teams in the Coastal League for the 2011 league programme.

In 2009 Hoxne took a year out and then re-joined in 2010 having re-located to the Swan Inn, whilst Southwold themselves took the 2010 season off, but are back, ready to renew local rivalries with The Bell Inn Walberswick and such like.
Posted by Simon68 at 01:08 No comments:

With just 14 days left until the registration deadline, the Harbour Inn Southwold have officially registered, following a one season absence from the league.

The pub itself is now managed by Mr Nick Attfield, who was the instigator in getting the Golden Key Snape team up and running three seasons ago, and has now given himself the job of raising the Harbour team, like a phoenix from the ashes!!

Friday 11th February 2011 sees everyones very last chance to register for this seasons Suffolk Coastal Petanque League and we are very pleased to announce that our Registration Night will be held at the Huntingfield Village Hall (directly opposite the Huntingfield Arms Public House IP19 0PU).

Start time is 7.30pm and we'd expect to be done within say 2 hours, so it will then be over to the pub for a few ''sherberts''.

On the night we will run through League rules, this years format and Play-Offs, we will hand out the Captains Handbooks and Scorecards to each team in attendance and generally answer any questions you may have.

Registration is £12 per team, consisting of a minimum of 4 players

**Please bring your own refreshments, food, alcohol for the village hall part of the evening**
Posted by Simon68 at 06:23 No comments: 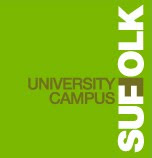 The proposed 'International Petanque' event scheduled for July, due to be held at Ipswich Haven Marina Waterfront involving members of our league versus a visiting contingent of Belgian players, took one huge step forward today, with notification that we had secured Grant Funding from the UCS Community Event Grant Scheme.

A meeting is currently being arranged with the Marina Manager to discuss the official approval and finer details of the event itself, with the remainder of the cost being covered by entry fees, League funding and event and programme sponsorship and advertising.

UCS are therefore our main ''Event Partners'', and for that we would like to thank them very much for their financial support.
Posted by Simon68 at 11:26 No comments:

Due to ''some other persons'' intervention, our special league member discount with Foxs Chandlery at Wherstead, near Ipswich, has seen a slight increase in cost for a set of 8 leisure boules, due to VAT rising from 17.5% to 20%

The revised price is now £14.80 per set of 8 leisure boules (which is 2 boules each of 4 differing patterns). This cost includes the VAT and also a zip-up case in which the boules come in.

Still a bargain, especially as our league allows players to play with these slightly lighter and cheaper boules.
Posted by Simon68 at 08:40 No comments:

The Brantham Bull, this morning, have re-registered for the 2011 Suffolk Coastal Petanque League, bringing the number of teams now to 38.

We extend a warm welcome to Ransford, Cindy, Wendy and all the members of the Brantham team and wish them good luck as they start their second season in the league.
Posted by Simon68 at 00:49 No comments:

Thats right, there are just 3 weeks left until we close registration for the 2011 Suffolk Coastal Petanque League.

Due to our first set of matches scheduled to be played on Sunday 6th March, this means there is only 6 weeks until the vast majority of you play your first match of the new season.

It is not too late to register a team, just contact the League Co-Ordinator, at the e-mail address shown on the right hand side of this website.

Look out for further information (COMING SOON) on where Friday 11th Februarys Registration Night is actually going to be held.
Posted by Simon68 at 13:37 No comments:

Bringing our numbers for the 2011 League season to 37 teams, today we received the Registration Fee from Hoxne Swan PC (original league members and Coastal League champions in 2008).

Welcome back to Hoxne.

This ensures that there will now be at least 7 divisions this season (with 5 containing 5 teams each and 2 divisions of 6 teams apiece). However there are still 4 other existing teams still expected to re-register between now and the 11th February deadline, which will mean the number of divisions and how many are in each one will change anyway.
Posted by Simon68 at 12:56 No comments:

To all new interested persons that aren't currently attached to any of our registered teams, you are invited to a Come & Try event on Sunday 30th January 2011 from 11am till 2pm, being held in Christchurch Park, Ipswich.

The event itself is completely free of charge and equipment is available to use. (If you already have boules, please feel free to bring these along).

The playing area, affectionately known as 'The Triangle' is located right in front of the Mansion Cafe, between Christchurch Mansion and the Round Pond.

We have formed the Christchurch Park Boules Club from an amalgamation of interest generated during the course of 2010 and are entering 2 teams into this seasons Coastal League. However within this set-up there are still 4 places left on offer to interested persons. There is a membership fee involved with joining this particular club but there may be players who may want to go off from this event and form their own team(s).

PLEASE REMEMBER THIS EVENT IS NOT AVAILABLE FOR EXISTING LEAGUE MEMBERS
Posted by Simon68 at 14:35 No comments:

Did any of you listen to BBC Radio Suffolk's Sports Report between 6pm and 7pm earlier this evening (Friday 14th January)??

If you didn't, then you missed out on our League Co-Ordinator being interviewed in an 8 minute feature on petanque and in particular the forthcoming 2011 Suffolk Coastal Petanque League. It turned out to be a great ''commercial'' for the current growth of interest in the sport and we hope it will see a flurry of further interest before the closing date for League Registration.

If you want to listen to the interview, log onto BBC Radio Suffolk website, select Sport option and you'll see the chance to listen to the entire one hour sports show. Our section starts around 45 minutes into the show, so you'll need to ''slide the bar'' along!!

Furthermore the radio station want to feature our results on a fortnightly basis and will be turning up at matches during the course of the season for ''on the spot'' interview segments. A further feather in the cap of our League.
Posted by Simon68 at 14:26 No comments:

Please be aware of the following;

Registration Fees are to be sent to 18 Melville Road, Ipswich, Suffolk, IP4 1PN, marked for the attention of the League Co-Ordinator
Posted by Simon68 at 02:41 No comments:

Due to the expected 2011 membership, the number of divisions we hope to create and the geographical locations of teams, we need to know if venues with multiple teams wish for their teams to be kept together in the same division or whether, in the event of the teams being drawn out of a hat for league placement, that they are happy for their teams to possibly end up in different divisions.

Whilst teams might then end up in different divisions, we will ensure that the travelling distances aren't vastly increased from what they would have expected if they were in the same division.

Teams that need to make a decision are;

Each venue has been given until the 31st January to advise us. If no decision is received by then, it will be assumed that they ARE in agreement that teams could be allocated different divisions where necessary.
Posted by Simon68 at 02:31 No comments: